I came to Bulembu in August of 2007 to visit my brother, Vernon, who at that time was the Lodge manager. During my visit I met some of the board members at a bible study and they asked to have coffee with me the next day. After a short discussion, they offered me the job of Forestry manager for Bulembu, I quickly turned this offer down as I was a sales rep and had no understanding of forestry at all. They persuaded me to at least pray about it and get back to them once I had an answer.So I asked the lord for a word that would make it very clear if I should go or not, a week later I got a scripture in Haggai 1 verse 8 — “ go to the mountains and bring down the timber and build the temple ....”
I resigned the next day and moved to Bulembu a few weeks later.
As of this edition of the Safe Sanctuary in Swaziland, Kurt has been in Bulembu for ten years and is now director over all the enterprises. 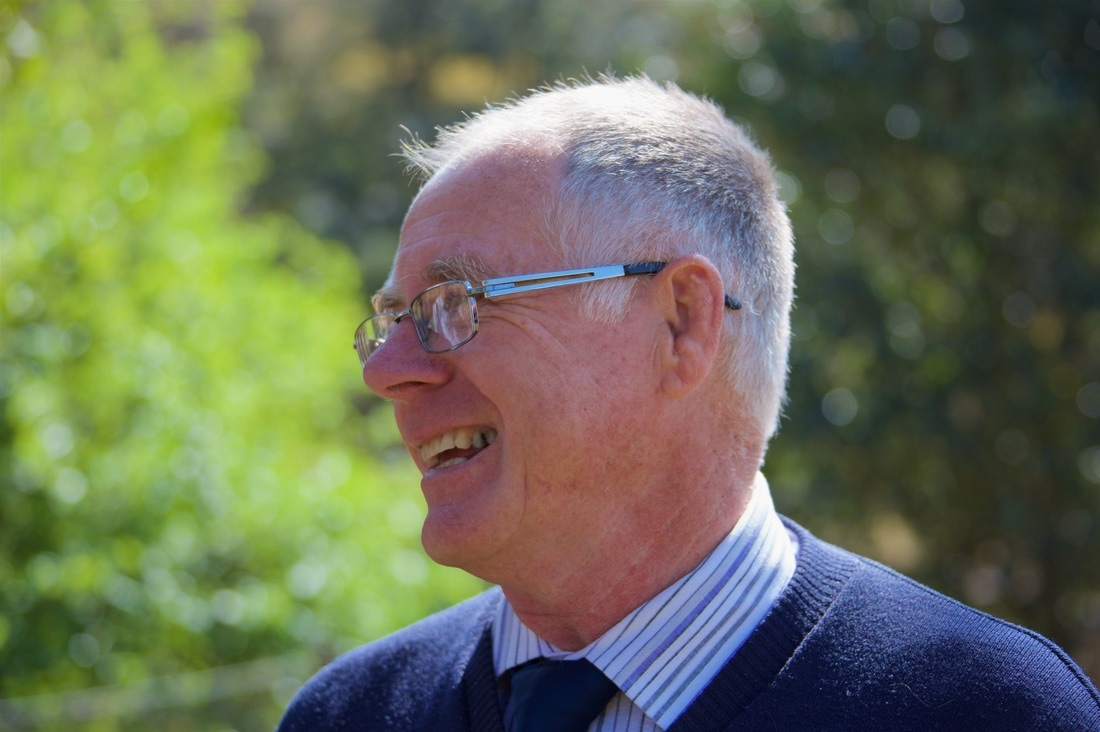 I apologize but I could not find a single photo of both Owen and Debbie-Ann in one frame.
I will fix this in 2018!

Hello, this is God speaking.
One day sitting peacefully on my front veranda in South Africa, minding my own business, I heard a voice booming from the blue: “Hello, this is God speaking.” Being a housemaster in a dormitory of 50 teenage boys tends to blunt ones mystical receptiveness, so I pragmatically went to investigate. One of the rather irreverent scallywags had found that if he climbed onto the double story roof and called down into the enclosed courtyard, the echo resonated impressively! Recently I went through a time of needing to listen to God’s voice – unfortunately no resonating voice booming from the blue this time.
I believe strongly that in seeking God’s will for our lives, we need to continuously soak ourselves in God’s Word, meditating on it, hiding it in our hearts, so that our God-given intellect has solid grounded values on which to logically make our everyday decisions. Seeking God’s will is not something you just suddenly do when you have some big decision facing you. Also our loving Father has caring plans to prosper us and wants us to understand His plans. He will not make them so obscure and mystical that only the enlightened few are able to unravel its mysteries.
My situation was that I had been in the same good Christian school for 29 years, was happy and content and, while not waiting for retirement, it was visible on the horizon. Then a significant amount of shuffling happened in the organisation to make me uncomfortable. Into gear kicked all the Biblical principles I’ve been soaked in for many years: Remembering that I was previously very comfortable and knew I had originally been brought by God to that job, I believed that if God wanted me somewhere else, he would lever me out with a crowbar. I tried hard to make the most of my situation but things just got more and more uncomfortable. Crowbar or my character needing to be shaped? This was a very important question to me and I wrestled with it often. Eventually I put out a few feelers for alternative jobs, all the time very decisively committing them to God and making sure He knew I was relying on Him to close the wrong doors. In spite of this I was very disappointed when the three doors that were very attractive to my intellectual analysis were firmly closed.
I am a scientist and am extremely cautious of rhema – the revealed word of God i.e. reading a verse and finding it applies exactly to my situation. You see I know my Bible (and can use a Concordance) well enough that I can find a verse to justify any action! However my normal everyday Bible readings at that time were taking me through Numbers and I read about Balaam and his donkey. When the angel said to him that if it weren’t for the donkey I would have cut your head off these three times, it had a huge impact on me! I had been frustrated by the three stubborn “donkeys” that had closed the doors I’d tried. When Balaam timidly asked the angel whether he should turn around and go home, the reply was, no, but watch your step! Don’t get ahead of yourself. You can guess how carefully THIS rhema sceptic proceeded from there onwards! I even more cautiously probed a few other options.

Then one night my brother-in-law came through on a flying visit. Arrived late in the night and left early next morning. We are not in the habit of wearing our hearts on our sleeves, but when asked directly “So how are you enjoying your job?” we couldn’t side-step it. He and his wife instantly looked at each other and simultaneously said a word meaningless to us - Bulembu. We’d never heard of it before but found out it was an organisation in Swaziland, on the opposite end of the economic spectrum, praying for someone with my skill set. To cut a long story short, things moved rapidly from here onwards. After more than sixteen hours of travelling and less that twenty-four hours at Bulembu we were back home in South Africa with a daunting job offer.

So God, what do you think about it? At the interview, my wife Debbie-Ann had asked them when they had started praying for someone to fill this post - it was exactly the time when I felt the need to start putting out feelers – when I climbed on the donkey! There were a few administrative fleeces we put out and they all came back wet or dry as required. Our children were very supportive. Now my Debbie-Ann’s upbringing valued getting a “word from God” in decision making and often would ask me if I had any definitive “word” as this was such a huge decision. I’ve already mentioned my scepticism towards rhema but my readings had, by this stage, moved on to Deuteronomy where there were a barrage of references to God instructing the Israelites to move up into the Promised Land, the hill country, a land flowing with milk and honey. (I sheepishly wasn’t mentioning a word of this to Debbie-Ann because it seemed just too obvious and contrived!) You see Bulembu was in another country, high in the mountains, runs a dairy and a big honey operation! Obviously even the greatest rhema sceptic couldn’t ignore all this but for me the greatest confirmation was the peace of God I felt. The move necessitated a HUGE wrench to our comfortable existence but there was a peace that passed MY understanding.

​We are now here and, is it the right thing a loving Father would do to his children? You bet!

Steps along the way